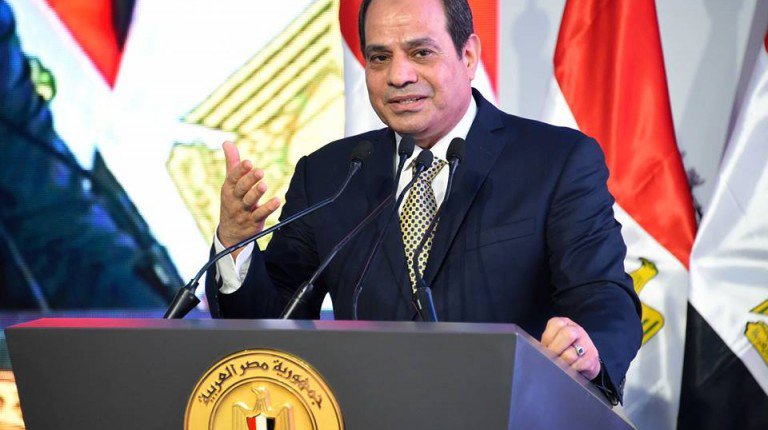 President Abdel Fattah Al-Sisi issued Republican Decree No. 89 of 2017 to establish the National Council for Payments under his chairmanship.

According to the text of the presidential decree, the council includes Prime Minister Sherif Ismail, the Governor of the Central Bank of Egypt (CBE), and the ministers of defence, planning, interior, communications, justice, and finance. The council also includes the heads of the General Intelligence Service and the Administrative Control Authority, the Deputy Governor of the CBE for payments, the head of the Egyptian Financial Supervisory Authority, the chairman of an Egyptian bank, a legal adviser, and a planner appointed by the council, who, however, does not have the right to vote.

The council will work to reduce the use of banknotes outside the banking sector, support and stimulate the use of electronic payments, and develop national payment systems and their supervision frameworks to reduce the risks associated with them.

The presidential decree also tasked the council to achieve financial inclusion, integrate the largest number of citizens in the banking system, merge the informal and formal economies, lower cost of money transfer, raise tax proceeds, protect rights of payment systems users, and regulate the work of bodies operating in the field and supervise them.

According to the resolution, the council will issue decisions to concerned authorities regarding the general structure of the national payment systems and supervision frameworks, as well as the legal framework for payment systems and services including the regulations and rules covering them.

Furthermore, the council is set to convene on invitation by the president once every three months at least, with the possibility of conferring more often regarding necessary matters. The council will be allowed to invite ministers, governors, heads of government bodies, and private experts if required.

The decision obliges all ministries, government agencies, concerned bodies, and legal persons to implement the decisions of the council.

The Governor of the CBE—or an assigned representative—will become the technical deputy to the council to prepare the schedule, records of its meetings, and dissemination of rulings and decisions issued by the council for ministries and concerned bodies, in order to follow up on their implementation and present reports with the results.