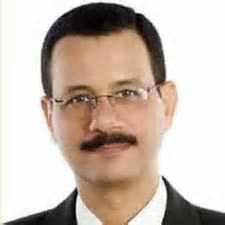 Three consulting firms have been chosen to value the land of the Suez Canal Economic Zone.

Darwish announced earlier, during a press conference in July, that the authority is comparing between a number of local and foreign companies in order to choose three offices to value the lands.

The three consulting firms started valuing the land prices last week, he said. These companies will handle an enormous task that may take a long time, but work will begin urgently as a first stage in Ain Sokhna, East Port Said, and El-Qantarah in Ismailia, the chairperson added.

Investors told Daily News Egypt previously that they are waiting for the land prices of various areas in the Suez Canal Economic Zone so they can start studies on possible projects in the area.

President Abdel Fattah Al-Sisi issued a presidential decree in August 2015 announcing the establishment of the Suez Canal Economic Zone to be on an area of 460.6 cubic kilometres as a special economic area, according to the Economic Zones Law No 83/2002 that was amended to suit the nature of the area.

Darwish said previously said that the authority makes its own decisions. The authority has a team that avoids bureaucracy and works on issuing and registering the companies quickly.