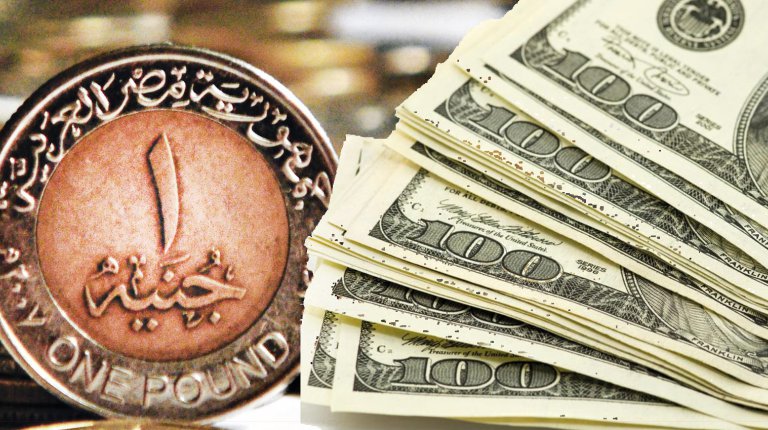 The Egyptian pound continued to strengthen against the US dollar on Monday, amid expectations of gaining more power and estimates of settling below EGP 17 per USD within the coming few days.

The dollar fell to EGP 17.30 for buying and EGP 17.40 for selling in a large number of banks in the domestic market, registering a decline of 30 piasters from Sunday.

Tamer Youssef, head of treasury at a foreign bank operating in the Egyptian market, said that several reasons drove the fall of the greenback value against the pound in the past few days, highlighting the increased supply of US dollar at banks—as many foreigners invest in local currency government debt instruments; where foreigners invested some $250m in Egyptian treasury bills over the course of one week.

He added that hot money is flowing in to the domestic market after the government successfully signed a loan agreement with the International Monetary Fund (IMF) and posed international tenders for debt instruments that contributed to raising the foreign exchange reserves and improved the credit rating of Egypt.

He noted that banks covered pending requests for foreign currency and began injecting surplus into the interbank market, which contributed to lowering the prices.

Moreover, he explained that importers have been seeking less hard cash as consumers seemed reluctant to buy high priced imported goods, in addition to the restrictions posed on imports by the government back in March 2016.

The restrictions limited the size of imports through increasing customs on many goods, implementing regulations on imports to be paid only through banks, and setting special specifications of goods that are imported.

Furthermore, Youssef predicted further decline in the dollar value against the Egyptian pound, saying it may reach EGP 16.8 in the coming days. Yet, he added that the price will stabilise at EGP 16-18 until the end of 2017.

He urged the government to work to increase its resources of hard cash instead of relying on hot money to support the value of the pound to the US dollar.

Foreign investments in the Egyptian 91 and 266 days treasury bills posed by the Ministry of Finance on Sunday amounted to EGP 2.4bn, out of EGP 11bn total worth of bills in the two tenders combined.

In a press release last week, CBE said that foreign investments in T-Bills amounted to EGP 11.5bn in January, excluding the value of the consumed bills.

According to the CBE, the outstanding balance of foreign investments in bills in January reached EGP 21.7bn ($1.153bn), up from EGP 0.989bn ($112m) at the end of October 2016. The CBE noted that these figures reflect the confidence of international investors in the future prospects of the Egyptian economy and its ability to overcome the current challenges.

Foreigners’ investments in the Egyptian treasury bills registered roughly $11bn before 25 January 2011, but declined to less than $25m at the beginning of 2016.

Moreover, CBE said that while some analysts have seen foreign investments in bills as hot money, since they have been invested in short-maturity financial instruments that can exit the market quickly, T-bills remain one of the most important sources to finance developing and developed economies, provided they are utilised well.

The high demand of foreign investors buying treasury bills contributed to reducing their yield, falling by 3% on 266 days T-bills to 16.99% compared with 19.91% at another tender in January.