Egypt has successfully restored foreign investors’ confidence in the economy, says UAE’s minister of state and CEO of ADNOC 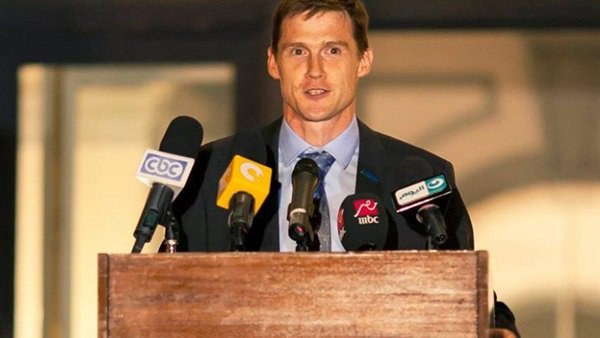 British ambassador to Egypt John Casson and UK trade envoy Sir Jeffrey Donaldson attended the first ever Egypt Petroleum Show (EGYPS), which is the largest oil and gas industry event to take place in North Africa, with the participation of over 40 British companies from English and Scottish trade missions, exhibiting strong British representation in all the panel discussions.

According to the released press statement, the size of the Energy Industries Council (EIC) and Scottish Development International (SDI) delegations represents the UK’s commitment to helping Egypt develop its oil and gas industry. The UK has over 50 years of experience working in the North Sea, one of the world’s most challenging environments, and the skills developed in deep water offshore oil and gas production can be used to support Egypt in becoming a Mediterranean energy superpower.

“Energy investment is what will revive Egypt’s economy in 2017. British investors are leading the way with the fastest action, the biggest investments, and the world’s best technology to benefit from Egypt’s two huge new Mediterranean fields. Who else is here with two national pavilions and more than 40 companies? Who else has two of their nation’s four biggest companies here? Who else is investing more than $13bn in the next 5 years? Only Britain—Egypt’s number one investment partner,” said Casson.

Moreover, the statement mentioned that 2017 is a critical year for Egypt’s economy; and investment is by far the most important factor as a source of sustainable dollar flows, jobs, and global competitiveness. Britain is already the number one investor in Egypt, but UK companies are keen to explore the evolving opportunities in the Egyptian and North African energy arena.

From his side, the UK head of Department for International Trade for Egypt said that the fact that such a large number of UK companies are visiting this week demonstrates the UK’s commitment to increase trade and investment between the two countries, adding that he hopes companies visiting Egypt for the first time would witness the market potential for themselves.

On the other hand, Sultan Al-Jaber, the United Arab Emirates’ (UAE) minister of state and CEO of Abu Dhabi National Oil Company (ADNOC), said that Egypt has successfully restored foreign investors’ and international institutions’ confidence in the economy during the last period, as a result of the government’s reform programme, which showed in a number of market indicators, most notably the rise in the stock market by 76% over the last year.

Al-Jaber stressed that Egypt has proven to be a reliable partner in the energy sector by its reliance on financial and economic policies and the implementation of an appropriate legislative framework, which has contributed to international oil companies investing in the oil and gas sector—something which has begun to bear fruit, notably by the recent discoveries of natural resources in the Mediterranean.