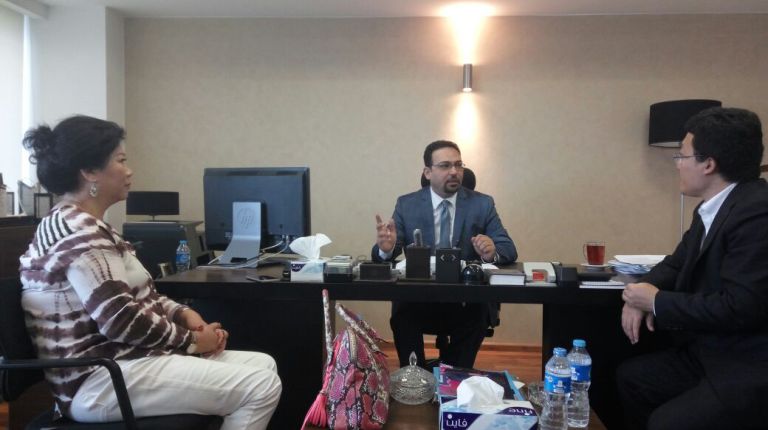 A delegation of Chinese investors currently visiting Egypt met with officials of the National Bank of Egypt (NBE) to discuss investment opportunities in Egypt, according to the bank’s head of Investment Ayman Yassin.

Yassin told Daily News Egypt that these meetings were generated from the efforts made by the bank to promote investment in Egypt, attract foreign investors, and provide foreign capital to ease the current foreign exchange crisis in Egypt.

The Chinese delegation includes a number of executives and representatives of major Chinese companies operating in various investment activities.

According to Yassin, the Chinese delegation has expressed interest in the establishment of a large touristic and residential real estate project on land owned by the NBE on the Nile Corniche. This project is currently under negotiation.

He added that the NBE invited the Chinese delegation to contribute to or acquire a number of companies owned by the bank.

The bank has taken several foreign tours in a number of countries over the past few weeks to promote investment in Egypt, as well as to promote a number of real estate projects owned by the bank, especially the projects that that have been returned to the banks by defaulting  clients.

According to Yassin, the NBE is ready to serve any foreign investor willing to invest in Egypt either by being a shareholder, by funding the project directly through the bank, or through its investment arm.

The total value of real estate assets, reverted to the bank by its defaulting clients, amounts at about EGP 8bn, including real estate and tourism projects and lands in Cairo and other governorates.