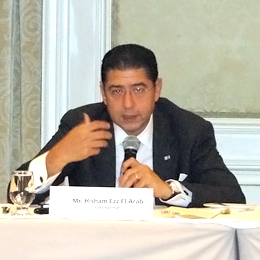 Mr. Hisham Ezz El-Arab (CIB Chairman) was the VIP host at ECRA Salon on October 30th 2011 at Nile Plaza Four Seasons Hotel. It was a great & successful evening where about 40 Credit & Risk as well as Businessmen professionals were invited to attend the Salon in a very friendly atmosphere.

The attendees discussed with Mr. Ezz El-Arab his points of view of the current economical situation in Egypt & what he thinks would be appropriate to be done by the Egyptian people as well as the government & the regulators in order to move forward & get out of this black hole.

Dr. Khaled Nagaty started the salon by Thanking Mr. Ezz El-Arab for accepting ECRA’s invitation & then briefed the attendees of ECRA visions & goals & how the dream of a group of credit & risk professionals became true by forming one body that gathers all of them under one roof.

The attendees list included a big variety of banking, non banking & businessmen professionals as well as other interested related parties. Attendees expressed their appreciation to ECRA by giving them the opportunity to directly communicate with public economic icon such as Mr. Ezz El-Arab as they were able to directly share dinner with him & to discuss his thoughts of some important issues such as SMEs & Midcap Funding, The Foreign Exchange & other topics of the hour.

The conclusion that Mr. Ezz El-Arab has expressed throughout the salon is that we all have to respect each other’s opinion, we might disagree however, this does not mean we have to be enemies. We have to learn how to respect each other’s opinion. After dinner, all attendees were able to take a memorial photo with our VIP guest & Mr. Ezz El-Arab was presented an honorary membership from ECRA Board Members due to his long term effective contribution to the Egyptian Economy & banking sector. 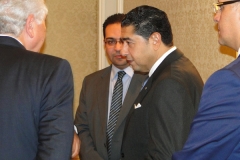 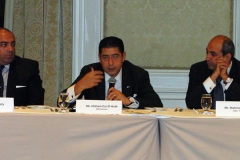 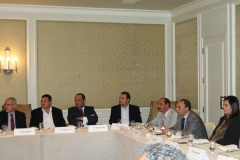 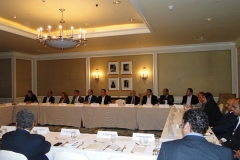 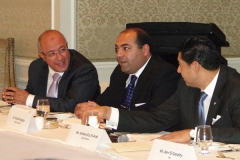 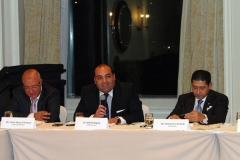 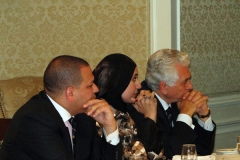 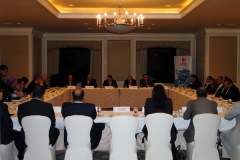 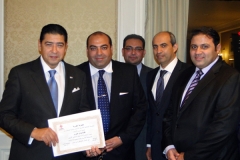 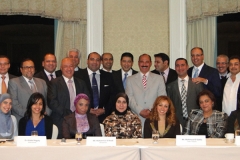 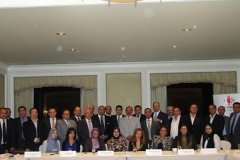